Baseball players, the writer and the road – Dan Schlossberg Interview

A life about the game and the baseball players 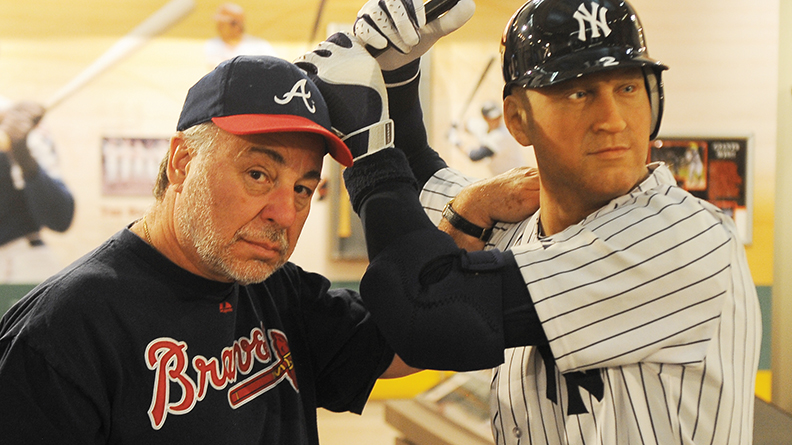 It was 1957 and a young 9 year old was watching the world series with his father on their black and white TV. His dad turned the sound down and began explaining how the game was played and what was going on. The boy, Dan Schlossberg, soaked up every word and he’s been a fan ever since. The great American past time, baseball players and teams have shaped his life and led to publishing 36 books on the subject. Today he’s known as much for his travel writing, but baseball remains his passion. I caught up with Dan while he was in San Diego for the All Star Game and promoting his most recent book, When the Braves Ruled the Diamond: Fourteen Flags over Atlanta

The road to the diamond

Dan worked for newspapers in high school and later in college. His original goal was to cover the White House with his newspaper and political science liberal arts degrees. Discouraged with Richard Nixon in 1968, Dan decided that baseball was the better way to go. On his last day of college, he was offered the position of AP Sports Editor for New Jersey. Once his bureau chief found out how fast he could write and type, writing radio scripts on the hour was added to this tasks. Soon Dan was writing for broadcasts to 72 stations while covering sports at the same time. 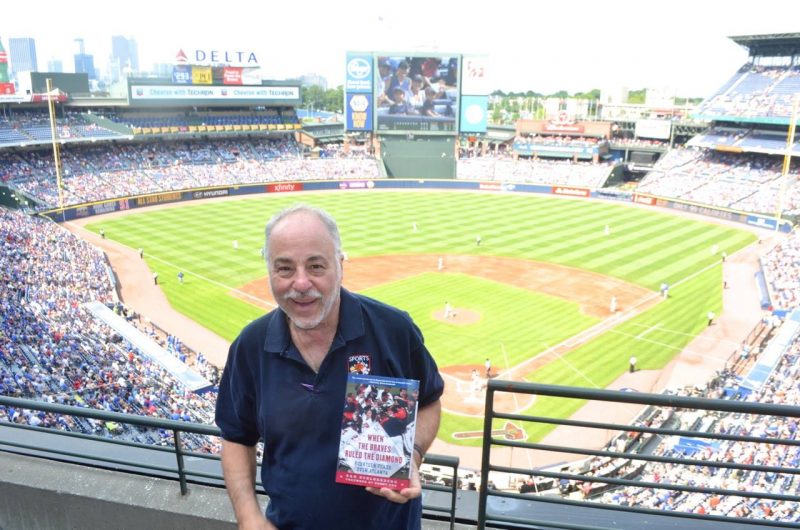 Dan Schlossberg at the game with his latest book.

The grueling pace took its toll and when newly married, he started looking for new work. He was hired by Motor Club of America, similar to the AAA, as editor of their tabloid newspaper with three regional divisions. As the paper had a travel agency, Dan was asked to start promoting the trips and destinations they offered. He began freelancing and traveling extensively after attending Press Clubs and conferences where he met travel editors.
Dan’s first and most recent books are about the Atlanta Braves. The first is called the Hammerin’ Hank, about Hank Aaron just before he broke Babe Ruth’s record in 1974. The new book,When the Braves Ruled the Diamond: Fourteen Flags over Atlanta

, is about the fourteen division titles they won consecutively.

How a travel writer pumps out 36 books about baseball players

Dan likes to write early in the morning or late at night. During the day there’s too many interruptions – the dog has to be walked, the phone rings, etc. Often he’ll wake in the morning with a script or chapter written out in his head. Typing 150 words a minute helps too.
The structure is important and he has to keep it up even when he’s traveling. Every week he has a travel and a baseball podcast. He’s the travel editor of the Maggie Linton show on Sirius XM; travel editor of New Jersey Lifestyle Magazine plus travel editor of Latino Sports. Oh, of course there’s another baseball book in the works too
The road keeps him following baseball players and teams. He was in San Diego for the All Star Game Festivities, including Fan Fest (mostly for kids,) for the All Star Futures Game, played by minor league stars; a celebrity game, this year included Jennie Finch, Olympic softball star and Jamie Foxx. Dan’s got lots of company. “There’s about a thousand journalists here and I know about 900 of them at least.”

From the Clubhouse to the Reserves

Of all Dan’s stories about baseball players, his surprising favorites involve other encounters. In 1972, he was covering the last game of the National League Championship Series with the Pittsburgh Pirates vs. the Atlanta Braves. His UPI editor said, “Go cover the Braves clubhouse, win or lose.” Dan continues,”I thought that I was going to be covering a morgue because if they didn’t score in the Ninth Inning, they were going home for the winter. They did win with three runs in the bottom of the ninth. I was standing right outside the clubhouse when it happened and went in. There was only one person in the room, Jane Fonda! (Two time Academy Award winning actress.) I said, ‘OK, Jane, what are you doing here?’ She replied, ‘Well, Ted (Ted Turner, her husband at the time and the team owner) is out on the field congratulating his players. I didn’t want to end up on the bottom of the pile!’

Another of Dan’s favorite tales happened while he was stationed with the Army Reserves near the grand, Broadmoor Hotel at Fort Carson, Colorado. Comedian Jack Benny was performing at there. Being a huge fan, Dan suggested to his Commanding Officer, “Let me go spend the day with Benny and a microphone.” After writing three spots for the company station, Dan grabbed his tape recorder and trailed the star. The scripts were recorded but the call letters, KRSN, were mixed up on the last spot. Benny blurted, “I did that lousy didn’t I?” It was so funny that the station aired the spot, blooper and all. 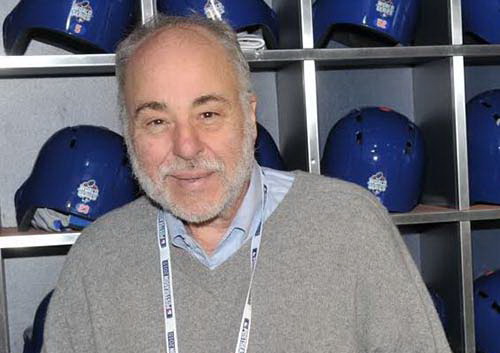 Dan Schlossberg on the job

Onto the Baseball Hall of Fame

After San Diego, Dan brings his books to the Baseball Hall of Fame. He’s been invited to their Author’s Series to sign his latest over a week-long visit. Of course, Dan’s been there often. The company, Sports Travel and Tours, official tour company of the Baseball Hall of Fame, has hired him to host guests riding the bus to the Hall of Fame Induction Ceremony. Dan’s looking forward to having an hour and a half to “badger the riders!”
For more about Dan’s life, baseball players and his travel writing, go to DanSchlossberg.net. Visit Amazon.com here:When the Braves Ruled the Diamond: Fourteen Flags over Atlanta

Like Podcasts? Listen to my interview with Dan Schlossberg on the NPR podcast, Journeys of Discovery! LISTEN HERE

Disclosure: This post includes affiliate links that don’t affect prices, offer me a small commission helping to underwrite this blog, and support the author, Dan Schlossberg.
Like the post? Share these with fellow sports fans. 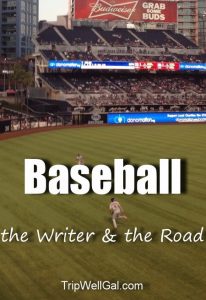 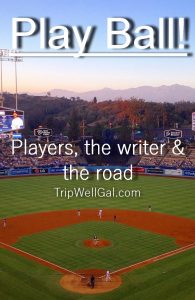 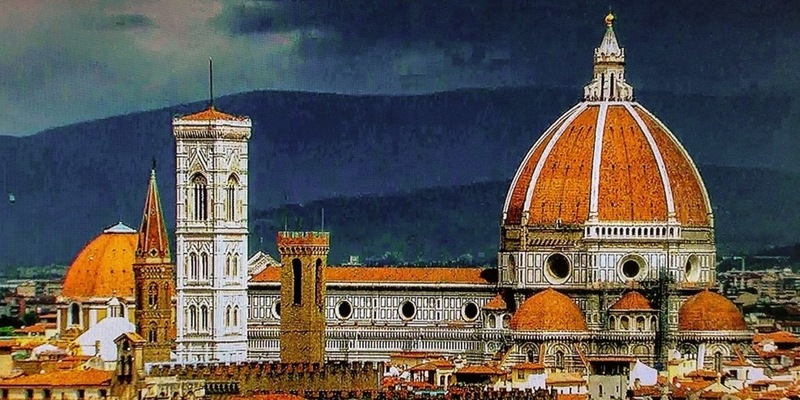 Eat and drink through the markets of Florence 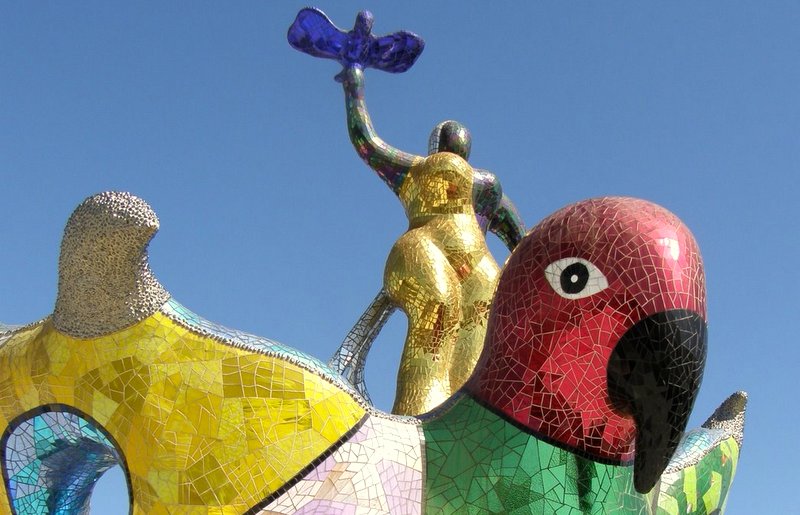