Swept away – A close call and new diver tips 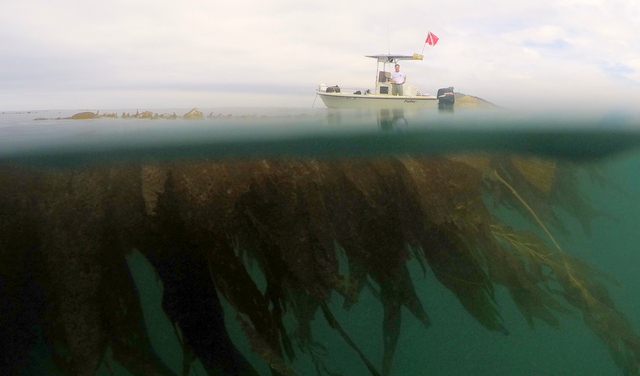 A new diver and a close call

I didn’t know what to expect during the week-long trip of scuba diving with a dedicated group of underwater photographers. As the newbie diver in the bunch, I had only been diving about 30 times. I worked hard to keep up as the group swam hard and dove deep to find Hammerhead sharks, twist through wrecks and even investigate harbor muck one night. Each evening after a rest and dinner there’d be long discussions about software, light, and saturation. I learned a lot. 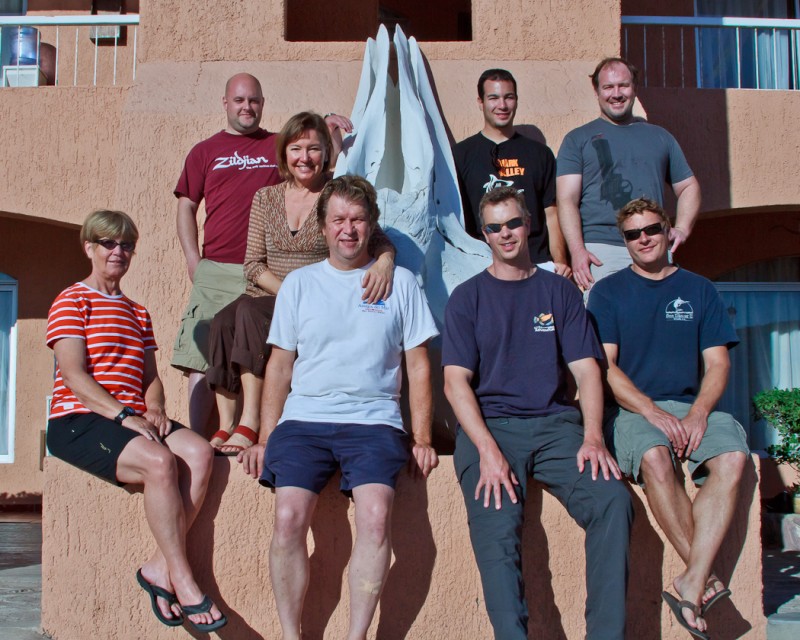 One afternoon at the Los Islotes pinnacles we played with baby sea lions. The rock promontory was a long ride out from our base north of La Paz, so we were anxious to get in the water. Several boats of snorkelers were already bobbing just offshore when we pulled in to tie up on the anchor line and drop into the water. 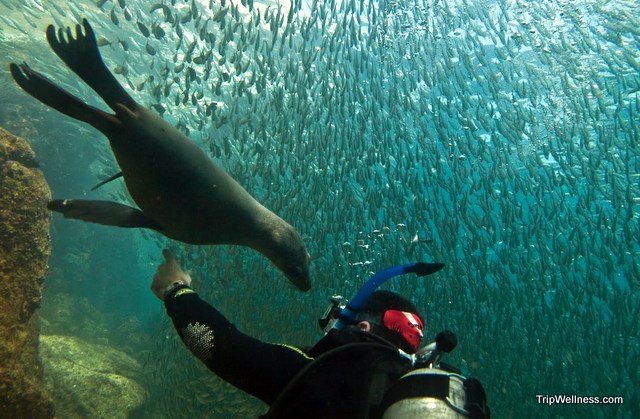 The second dive was in a shallow area in the channel between islands. I was already tired when we backed flipped off the boat and into the water. We explored shallow reefs, pinnacles and crevices. My dive buddy, Dave, had hundreds of dives to every one of mine (he had been a sea urchin diver for decades.)  It was beautiful but became a struggle to keep up. 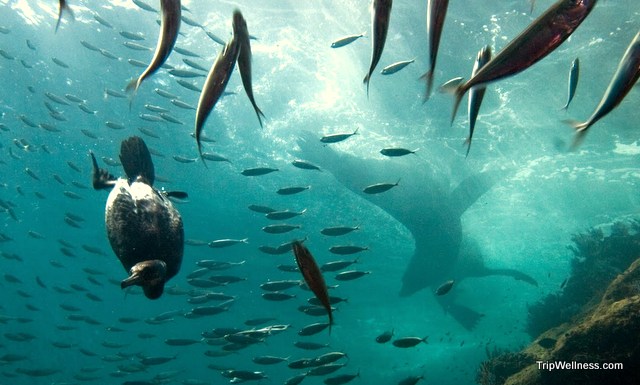 What I was too much a novice to realize was that the afternoon current was kicking in. Current can be a diver’s friend. Floating along at a slow pace without flipping a fin can be a blast but this was another matter. I started over-breathing with the effort which led to mild panic as I knew my air would run out before Dave’s did. 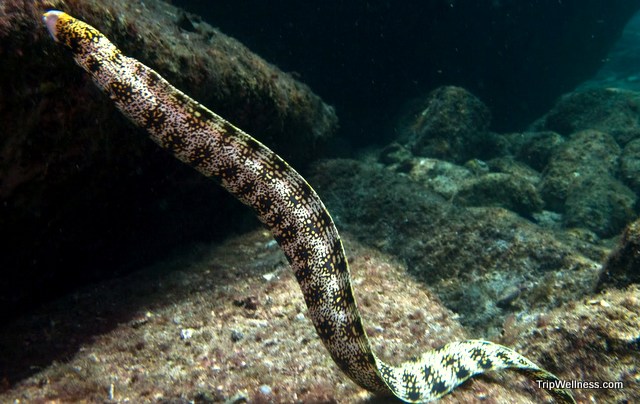 A litany of self-judgement flooded my mind: I would never be a good diver; I was too weak, too foolish to manage the technical skills; my boyfriend would never take me on another dive trip. Self-pity is so boring in retrospect but at that moment it was crippling my ability to manage. 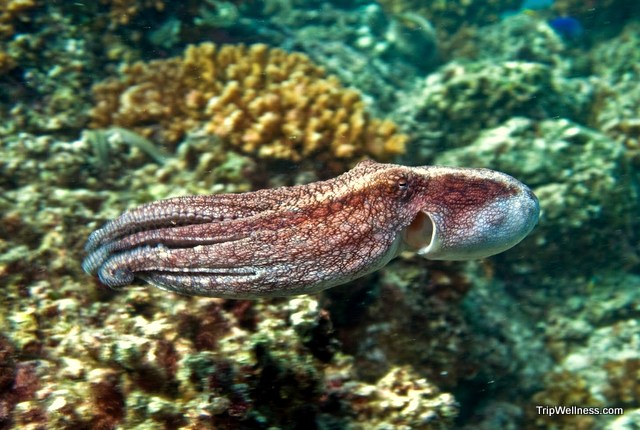 There was nothing to be done but signal that I needed to surface. We’d stayed shallow so there was no need for a safety stop (equalizing pressure from nitrogen build up in your blood.)

It wasn’t until we bobbed to the surface that we discovered the current had shoved us far from our boat. It was taking us further out into the channel. Our boat didn’t see us waving in the choppy water and foolishly, neither of us had an inflatable, safety noodle. We were being swept away.

We were drifting towards deeper water between deserted islands. There were sharks in those waters, though I couldn’t see them. You can imagine the fear. I could tell Dave was worried. We held close but kept drifting further away from our boat.

Finally another captain saw our flailing arms and moved in to pick us up. His boat was full of Mexican divers and no one spoke English, but they knew we needed to return to our group. I closed into a ball in a corner until I could calm down. Whether I was overcome with relief or despair didn’t matter. My close call wasn’t my best moment.

As we approached our boat I noticed that some of the other divers were having trouble getting to the tow line. The current was torturing them too and it was a long while until all of us were back on board.

That night the talk wasn’t about f-stops and apertures but horror stories. Like kids at a campfire, one tale after another spooled out about close calls. Mine was pretty minor in comparison.

Since that day I’ve been lucky to do over 200 dives at some astoundingly beautiful reefs, explored wrecks, underwater tunnels and rivers. It takes time to become one with the gear for any new sport and diving is unforgiving if you don’t pay attention. I wouldn’t trade my close call or all the mistakes, dropped equipment, leaky masks, plugged ears and short tanks for anything. It’s a privilege to explore the underwater world and for a few brief minutes commune with its alien and endearingly beautiful creatures. 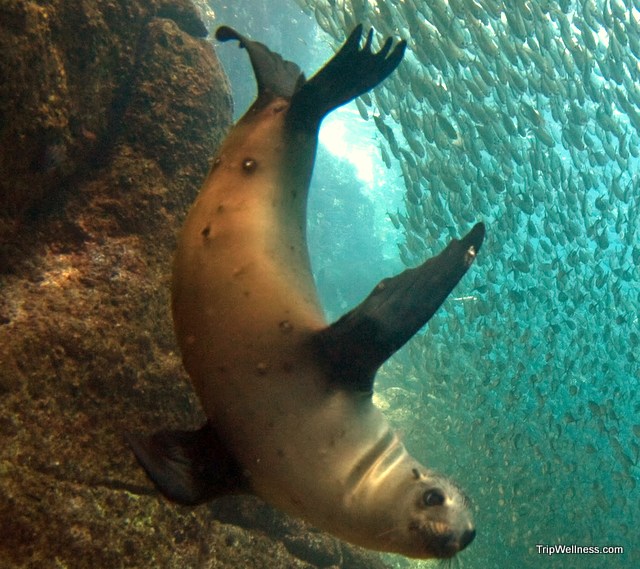 Special thanks to award-winning photographer, Dave Rudie, for sharing his photographs and making it possible for me to explore the underwater world 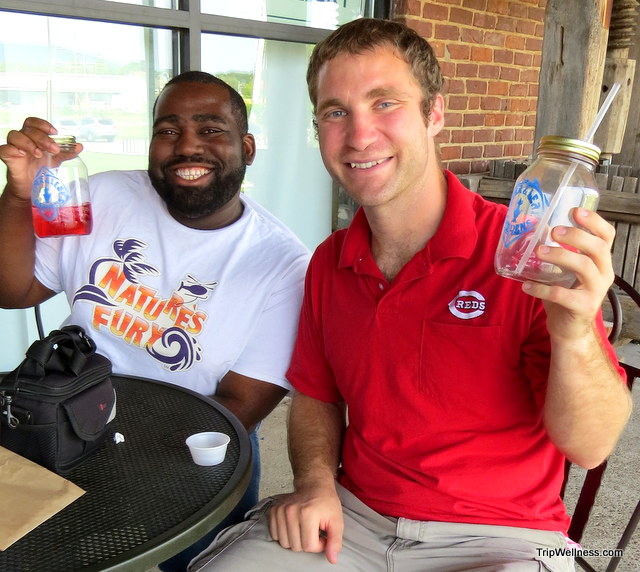 A Westerner in a Southern cuisine wonderland – North Alabama edition

Your neck will thank you – Znzi Travel Pillow