Rail, Road and Boat Access with a Swiss Pass It started on a dare. On Cyber Monday morning a friend posted about a deeply discounted, round trip airfare offered to London. By lunchtime I’d followed her lead and bought the ticket. It was an ‘if not now then when?’ moment and I jumped. Flight in hand, I started planning a week exploring with a Swiss Travel Pass. Finally, I was going to see Switzerland! The intervening months flew by and moments after landing in Geneva I discovered how easy getting around with the Swiss Pass was going to be. I flew directly from London to Geneva, caught an airport shuttle to the central train station and found the SBB Tourist office quickly. A few questions later and I was out the door to catch a waiting bus to my hotel. The bus was packed during rush hour but I didn’t need to fumble for the correct Swiss change. The driver nodded a welcome and I was in my hotel room fifteen minutes later.

Travel Tip: Check SBB Info offices for whatever you may need. The clerks that I met always spoke English beautifully, were helpful and full of local insights. At the larger offices you can change money, check baggage, some even rent bikes. They’re open in most every station and you can check hours, etc. online easily. Train ride down from Jungfrauroc

I chose a southern route through Switzerland. It was late winter but the weather was sunny and mildly cool. My rain poncho never left the luggage, but I did put my cold weather boots to good use daily. The Swiss know winter well and the trains, cities and villages take it in stride. As I rode along, lines of avalanche foils sat on perilous mountain sides, their cross-hatched shadows standing guard above the tracks. We passed quietly through valley after valley. Swiss trains run almost silently fueled by electricity with few horn or whistle blasts but there were announcements for each station spoken softly in several languages. I just had to wait for the one I understood. The tray tables also had maps imprinted on them so it was easy to see where we were and what was coming up next. Map embedded in train compartment tray at my seat.

Interlaken
I was up early for a short walking tour of Geneva then, luggage in hand, strolled to the station and onto my train for a few days in Interlaken and a ride up to the Top of Europe. I covered that adventure in an earlier post  and wished I had more time to explore that area.

Come along for the ride!

Lake Lucerne
A few days later I left the shadows of the Lucerne train station and emerged into the sunshine. The city sits at the base of a major mountain, Mount Pilatus. Its presence inspires the imagination and has been called the dragons’ lair, the home to giants and grave of kings. I wanted to take the gondola up but my four hour boat ride across Lake Lucerne was about to begin. (Read more about that trip here.) Travel Tip: Pack light and compactly. I had a small rolling case, a backpack and purse. It all was unwieldy and I wished there was less to schlep up and down the trains, stairs, across frozen snow.

Andermatt
Once across the lake, I walked to the train station and within minutes was on my way to the village of Andermatt. We climbed through tunnels and past rock crevices. Wide expanses of snow glittered as we passed and within a few hours I was disembarking. This time the station was about a five minute walk from my village hotel, the Three Kings, but it wasn’t too hard to pull my luggage over the compact snow. Near the river in Andermatt

Andermatt is the Swiss village I’d dreamed of with ski lifts and lots of diversions in the winter but it’s popular with hiking trails and bicycling in the summer as well. Accommodations run from state-of-the-art luxury at the five star Chedi Hotel to pensiones and hostels close to the ski lift (see hotel links below.) The village was easy to walk and my Swiss Pass gave me free admission into the fascinating Suvorov Family Museum. The hardest decision was where to eat! The choices were many – the restaurant at my hotel or any of the other bars and restaurants along the two main streets. Glacier Express
Next part of the trip was a first class ride on the Glacier Express. This ticket had a supplemental cost but was well worth it for the five hour excursion. We sat in a warm, panorama car and were served a multi-course lunch, snacks, schnapps and a gift cart even came by. First class indeed! The views were astounding as we rolled smoothly through white realms in between peaks, then into greener valleys to the south. At ease on the Glacier Express An unexpected visitor – the gift cart – on the Glacier Express!

Celerina
In Chur I transferred to the village of Celerina, ten minutes from St. Moritz (and more affordable.) This village is home to many of renowned Engadine painted houses, embellished in soft colors with traditional patterns etched into the plaster. The small station stop was three blocks from the guest house I would call home for a few nights. Breakfast was served in the morning and after filling up for the day I went to explore the glories of notorious St. Moritz. St. Moritz
The St. Moritz station is set at the base of the city near the lake with trails leading up and buses shuttling guests into the town, around the neighborhoods. I walked for hours, visited museums, shops and thoroughly enjoyed the winter sun. While sitting on plastic chairs draped with deep furs, I enjoyed a simple lunch of bratwurst and Gluwein (hot wine) from a tented cafe errected in the middle of the frozen lake! Later after visiting the tower church I couldn’t resist a slice of apple struedel and dark coffee. Standing on the frozen lake in St. Moritz

Alp Grum
After a relaxed day strolling St. Moritz I faced long hours of travel. First, I was off for a slice of the Bernina Express, another of the Grand Tour train rides and part of the UNESCO Heritage rail line that was first engineered over one hundred years ago in 1889. Alp Grum, an outpost that was built in 1926, was on my radar and only reachable by train in the winter. The train curls around the mountains from there on a famous loop before dropping down to Torino or returns to St. Moritz. I stopped to have an early lunch and walked to views of glaciers and passes before returning to the train (they run almost hourly from there.) Travel Tip: It’s easy to enjoy several different cultures from inside the Swiss borders. I began in Geneva which reflects its proximity to France. In Interlaken the German influences are relected in menus and signage. St. Moritz is Romansh and I ended my journey in the very Italian city of Lugano before returning to London through Milan. Chiavenna train station with bus stop on the other side.

Lugano
The day continued from St. Moritz via bus to Lugano. It was very comfortable as we wound down through the Lake district and through medieval village after village. We took a long stop in Chiavenna where there was a large, sleek cafe and coffee shop. I could spend weeks in that area alone but felt that way about so much of Switzerland. In Lugano we stopped at the main train station and it was a short walk to my hotel, the elegant, historic, Continental Park Hotel, one block from the station and the bus that would take me to Milan and my final flights home to California. The train trip was so simple and relaxed. Not once did I ride in a car in the two weeks I was in Europe, which would never have happened in the U.S. People may joke about how efficient the Swiss are but it’s nothing to laugh at. They’ve engineered a world class travel system that works for the locals and for their many international visitors. The trains run on time, don’t pollute the pristine atmosphere and stations are positioned close to amenities, not on the outskirts as in too many American cities. It was the ride of a lifetime and I’m glad I took the dare.

Travel Tip: The Gotthard Tunnel, the world’s longest and deepest, opened in June of 2016 and full service will be available in December. The tunnel, another Swiss engineering wonder, will revolutionize how easy it is to get in and out of Switzerland. Thirty five miles long it features a high speed rail line. It is also set to put over a thousand freight trucks out of business, as goods will be transported more quickly on the north to south route without diesel pollution. Swiss Travel Pass: Passes may be purchased for 4 to 15 days, for either consecutive or use within one month. Benefits include: Geneva: My review of the Hotel du Cigone – romantic luxury between the lake and the historic district
Interlaken:Hotel Du Nord – modest and well located
Andermatt: The Three Kings – moderate and historical; boutique fresh at the River House Hotel or five star luxury at the Chedi Resort.
Celerina: Hotel Trais Fleurs – Modest accomodations centrally located a few minutes from the train.
Lugano: The Continental Park Hotel just yards from the train station. Quiet, simple elegance and affordable.
Disclosure: This trip would not have been possible without the help of the Swiss Travel Pass and Swiss Tourism offices. Special thanks also to Geneva and Interlaken Tourism. I was their guest, covered my own lodging except in Geneva, and all opinions are my own. Happy to link up with these other fine travel blogs. Check out these linkups! 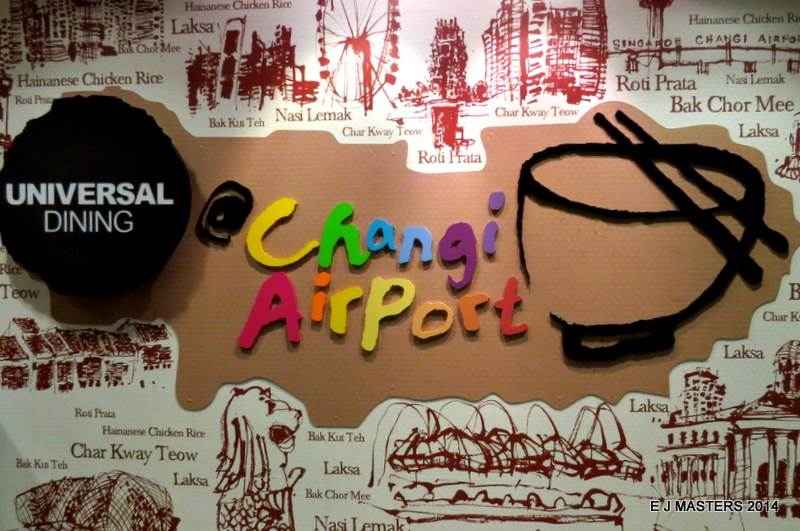 Expat life – US expats go for it 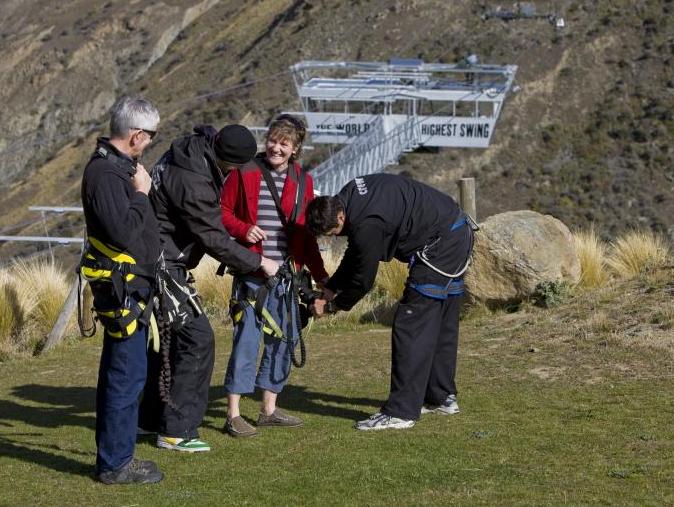