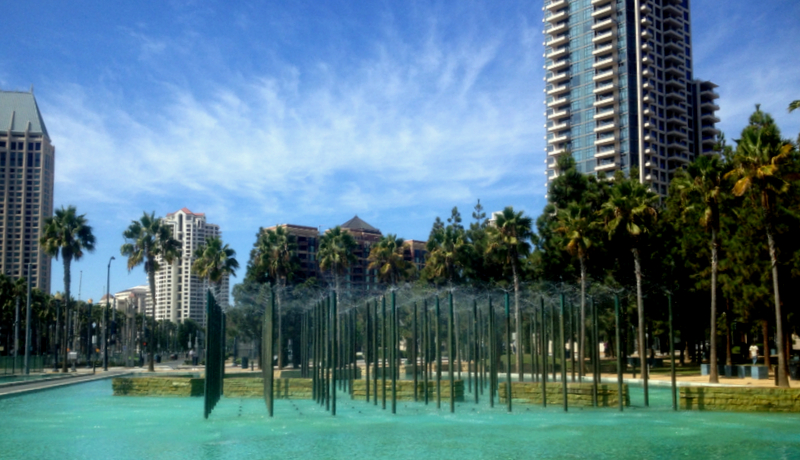 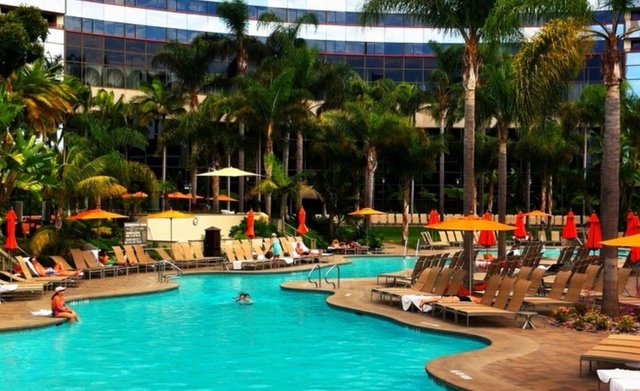 There’s nothing like jumping in the deep end, then letting the sun dry you while sipping a tall, cool cocktail. San Diego hotel pools are some of the most luxurious – especially if you’re a big kid at heart. These are waters for the 21+ crowd.

One of the most beautiful hotels for views and island charm is at Paradise Point in the Mission Bay area. The true beach is a few feet away, but once you slip onto a poolside chaise, you’ll be in tropical bliss. Island-style bungalows are scattered across the Vacation Village. Built in the 1960s by film producer Jack Skirball, careful upgrades have left touches from its founder’s movie days. There are five pools set among ponds and gardens. The adult Lagoon Pool is secluded from the rest with lush greens and cascading waterfalls nearby. 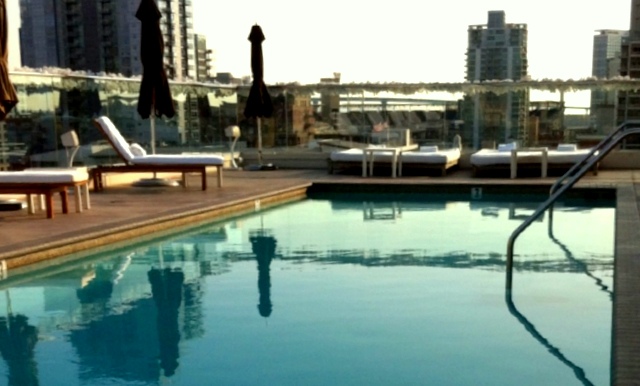 Staying downtown and looking to soak up some sun? Take the Andaz elevator to the top and one of the most luxurious of San Diego hotel pools. The contemporary vibe extends to a lovely view across town. It’s the perfect deck for relaxing. Nightlife comes to you as the club beat heats up late in the afternoon and fire pits blaze into the night. If you feel like exploring, stroll to hundreds of restaurants, the waterfront, and theaters. 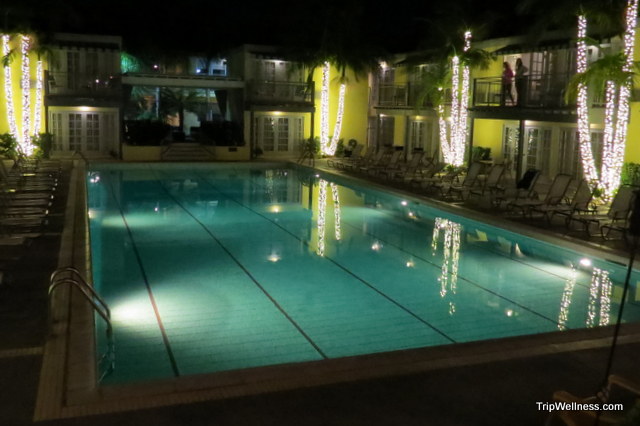 The Lafayette Swim Club and Bungalows

Not far from Balboa Park and the zoo stands a grand dame of a hotel. Step past the towering columns into the cool world of the Lafayette Swim Club and Bungalows.  The silver screen glamour comes naturally as Bob Hope and various starlets once partied there. The original Hollywood Tarzan and Olympian, Johnny Weismuller, helped design the central pool. A curtained bungalow and party area stands at one end. The hotel lobby opens to the graceful waters from the other side. Recent upgrades have the latest tech in the rooms and new embellishments to the two bars and restaurants.

A bit further from the city center are two of San Diego’s best hotel pools for splashing in style:

Venture into La Jolla Village and the Spanish Colonial charm at the historic La Valencia Hotel. Suspended above the postcard-perfect La Jolla Cove, the pool is large enough for laps or a cooling dip. Order drinks and appetizers while lounging beneath white umbrellas, or enjoy a quiet retreat next to tiled fountains. Take a break from the sun to shop in galleries and designer shops throughout the neighborhood. The lobby happy hour includes music drawn from the grand piano accompanied by a baritone on the weekends.

Tucked into the Old Del Mar Village, L’Auberge is just across the street from pounding waves. Spare yourself the sandy feet by lounging by the Olympic-sized pool. Servers wait to fill your glass while you enjoy the light. The Village eschews retail chains, so dozens of restaurants, shops and bars hold curated style and menus overflowing with California cuisine to ethnic varieties. The Del Mar Racetrack and Fairgrounds are less than five miles away, but are a world removed from the quiet elegance in Del Mar Village.

Created as part of the Hipmunk City Love Project.

Stay in New York City – the best of both worlds 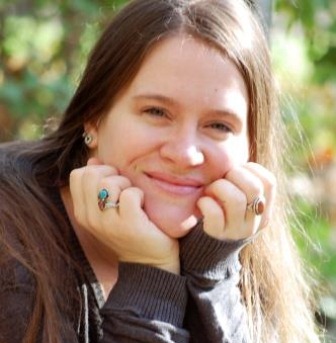 Following the map and travel with heart – Shaylene Caffey

Baseball players, the writer and the road – Dan Schlossberg Interview

Birds of Prey Caught In the Act